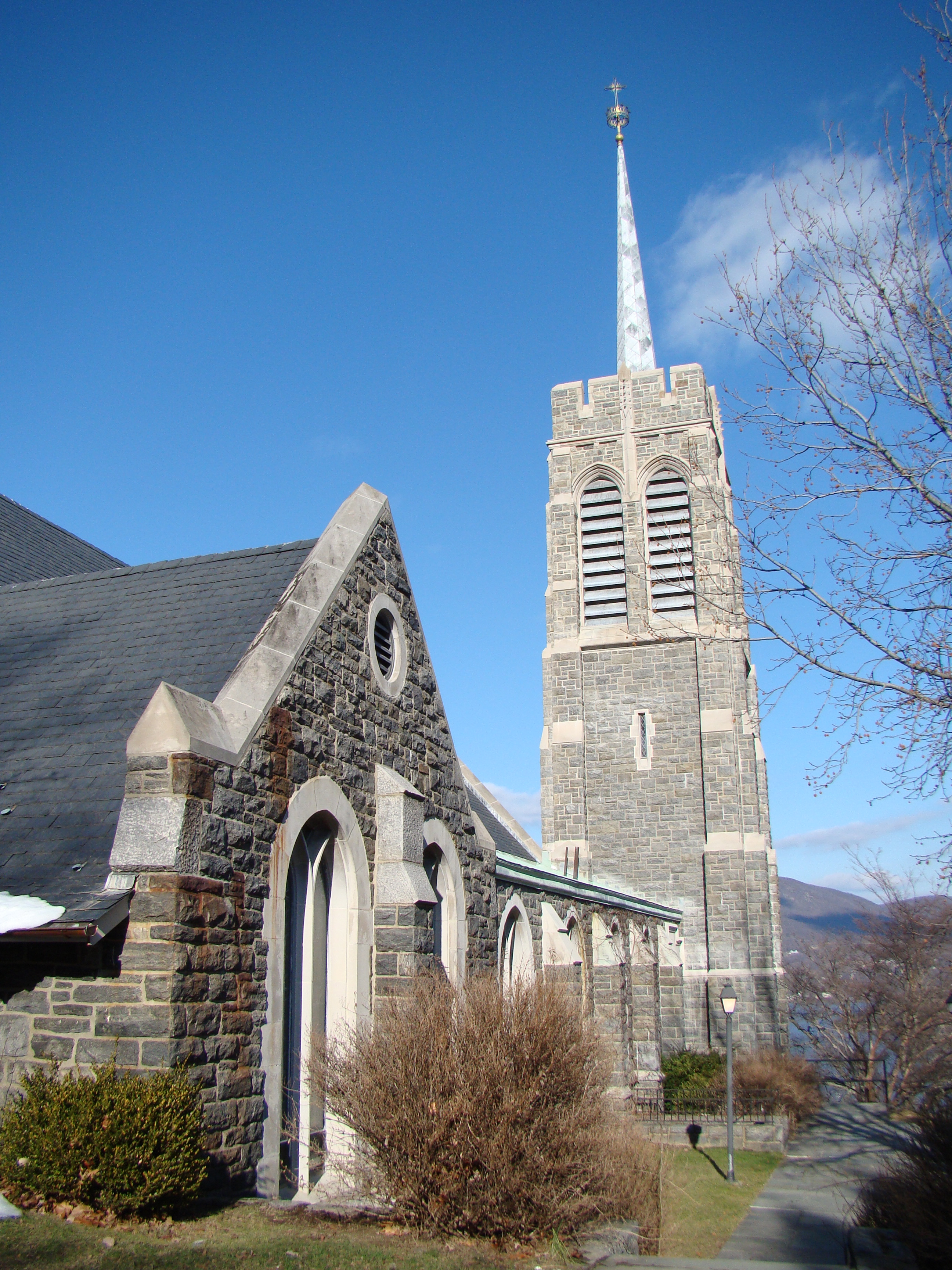 Electronic carillons deliver a high quality sound that rivals the majestic sounds of historic bronze bells and a thousand arrangements, solving West Point’s problem of having no bell voice.  The church bells “had no voice” in this recent project at West Point. There was an electronic bell system in place that used old technology that suddenly failed.  Church Specialties employed today’s most modern technology to install a new electronic carillon and clavier  to restore the voice to the bells. (A clavier is something similar to a keyboard to play the bells, but rather than standard piano keys it has paddles for the hands and a whole set of pedals for the feet) Now, the chapel has a selection of over 1,000 arrangements to choose from at the touch of a button on the main floor.

The historic Chapel of the Most Holy Trinity at the United States Military Academy is a Catholic church and place of worship for many Cadets. Completed in 1900, it is the oldest chapel on the West Point campus in continual use, although the 1836 Old Cadet Chapel, moved in 1910 to West Point Cemetery, is still in use for funeral services and weekly Lutheran denominational services.

The Chapel of the Most Holy Trinity had a dilemma.  There was no longer any “Bell Voice” in their electronic bell system so the tower fell silent.  Church Specialties solved this in a most interesting way by installing a new solid state digital carillon and a clavier.  This put the bell voice back in the tower.  Now, not only does the chapel have easy access to over 1,000 musical arrangements at the touch of a button, but a person can sit at the clavier to perform a concert for all to hear.  A clavier is similar to a keyboard, but with paddles for the hands and pedals for the feet to control over 50 bells including how hard they are struck. When connected to the electronic carillon, it sounds as if there are dozens of bells being struck by the carilloneur. They can even record their own original arrangements for encore performances. Click here to see an experienced carilloneur in action.

If you’ve never heard an electronic carillon, it is hard to imagine how much it sounds like actual bells in a tower.  With today’s technology we can install electronic carillons easily and at much lower cost than extensive bell and tower restorations.  Many people cannot discern the difference as the sound quality is so close to authentic cast bronze church bells.

Electronic carillons provide the Most Holy Trinity Chapel at West Point with a new, wider array of hymns, tolls and songs they can easily access and program with the touch of a couple of pre-programmed buttons located on the carillon’c cabinet inside the chapel.  The result?  Most Holy Trinity Chapel has over 1,000 arrangements available to grace the grounds of West Point and surrounding areas, for all to enjoy, thanks to the latest technology!